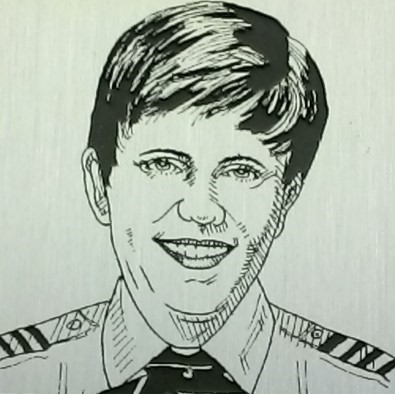 At OHS, Kathy was active in Pep Club, Drill Team, FBLA, and was a Queen of Courts attendant.

Kathy has also been a simulator instructor, line check airman, and standards check airman in the Airbus.  She has taught Crew Resource Management classes and now enjoys flying international trips as a Boeing 777 Captain.

Active in her church throughout the years, she has done multiple mission trips to Kenya, Belize, and Panama.

Kathy and her husband, Clell, live in Memphis, TN.  Their daughter, Kelly, is a 6th grade teacher.  Their son, David, is a USMC F-18 pilot.