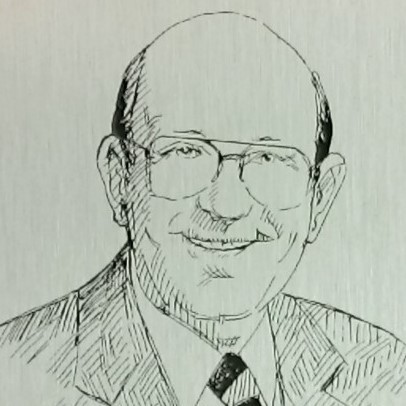 Ransom was a high honor student at Ottawa High School while lettering in track and basketball.  He was president of his Junior Class.

He served in World War II as an officer on a minesweeper in the South Pacific.

After the war he co-managed the Bennett Creamery and was President of the Kansas Ice Cream and Milk Association.

Rans has served on the Executive Committee of Ottawa University since 1955 and is a Life Trustee.

He has served the community he loves as President of Ottawa Industrial Development, an originator of the United Fund and former chairman of the trustees at his church.  he has truly devoted his life to the people and betterment of his hometown.

Mr. Bennett and his wife, Beverly have lived in Ottawa all of their 55 married years.  They have four children including:  John Bennett, Frank Bennett, Barbara (Bennett) Deacon, and Davis Bennett.