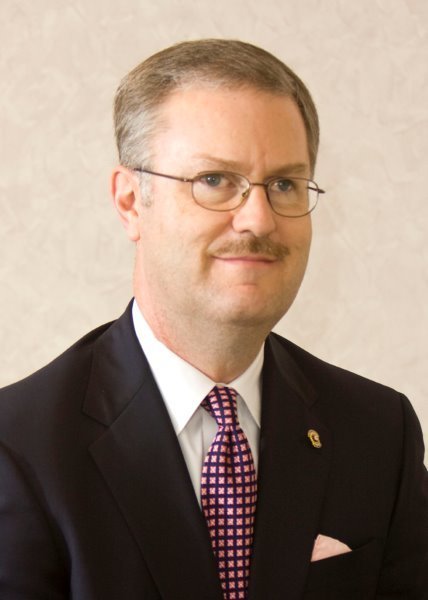 At OHS, Lucky was active in band, journalism and attended Boys State.  From 1979-1983, he was a staff attorney for the Kansas Department of Revenue. He currently practices with the law firm of Coffman, DeFries, and Nothern in Topeka.

Lucky is nationally known in the areas of state and local taxation and has been listed in The Best Lawyers in America and Missouri and Kansas Super Lawyers Magazine. He is a member of the American and Kansas Bar Associations and has been Chair of both the Kansas Bar Tax Section and the National Association of State Bar Tax Sections. He has co-authored the Tax Law chapter of the Kansas Annual Survey of Law since 2007.

Lucky is an adjunct professor at Washburn Law School and is on its Board of Governors. He has served in various leadership positions for First Baptist Church and Ottawa University Board of Trustees.

Lucky is passionate about the city of Topeka and has been chairman of the boards for Rotary Club of Topeka, Boy Scouts, YMCA, Greater Topeka Chamber of Commerce, and Easter Seals Capper Foundation. He helped found Growth Organization of Topeka (Go Topeka).

He and his wife, Pamela, have two children, Ashley and Brett.