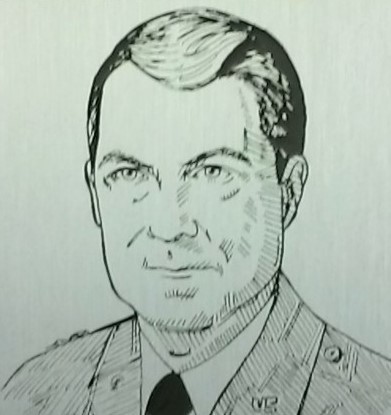 Gary was a straight “A” student and was active in sports during his years at Ottawa High School.

He attended the University of Kansas and was a Distinguished Graduate of the Air Force Institute of Technology with selection to Tau Beta Pi.

Gary capped a distinguished 25 year career in the armed services as commander of an award winning 2000-man Tactical Fighter Wing.  During his military career, Gary flew over 200 combat missions and received 32 military awards and decorations, including the Legion of Merit and the Distinguished Flying Cross.

Following his retirement from the Air Force, Gary spent 19 years in the defense electronics industry, achieving the position of Program Director for Tomahawk Cruise Missile Production.  During the 1990’s, Tomahawk became well known as the nation’s “Weapon of Choice.”

Mr. Fredricks and his wife, Marie, live in Phoenix, AZ.  They have three children:  Scott, Craig, and Suzanne.