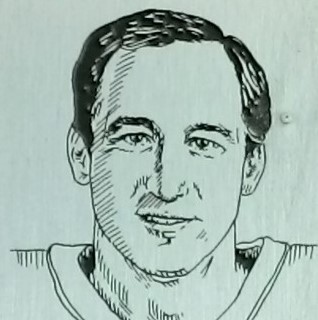 Steve Grogan was active in sports at Ottawa High School and helped led the Cyclones to state championships in basketball and track.  He was a member of National Honor Society and was named Mr. O.H.S.

Mr. Grogan was a two year starter in football for the KSU Wildcats.  He was named academic "All Big 8" twice and was honorable mention All-American.

Steve spent 16 years as a quarterback for the New England Patriots.  He held most of the Patriot's major passing records when he retired.  Steve was name the team's MVP six different years along with winning the Inspiration & Leadership Award in 1975 and the Unsung Hero Award in 1986.  He participated in Sugar Bowl XX.

Mr. Grogan is in the KSU Sports Hall of Fame, the Kansas High School Activities Hall of Fame, and the Patriot's Hall of Fame.  He has received countless other awards and honors.  He is active in many charitable organizations.

Steve and his wife, Robbi, live in Foxboro, MA with sons Tyler, Tanner, and Tate.