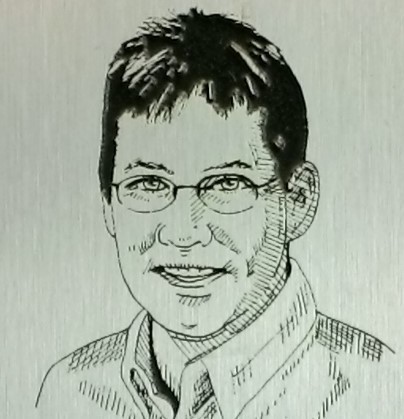 Brad was only five years old when he fell in love with radio.  By junior high, he had built his own radio station in the barn at his home and practiced every day.  At age 15, Brad began his real broadcast career at KOFO.  While a student at OHS, he played basketball and was a member of Band, Radio Club, and CB Club.

Brad attended Pittsburg State University.  Before returning to Ottawa and KOFO, he worked for six radio stations in Baxter Springs, Pittsburg, and Joplin, MO.   Brad has been the owner and general manager of KOFO radio in Ottawa since 1987.

Mr. Howard and KOFO have received numerous awards from the Kansas Association of Broadcasters.  In 1990, the Ottawa BPW named KOFO “Business of the Year.”

Mr. Howard is a graduate of the Franklin County Leadership Class, served on Lincoln Elementary Site Council and the Crime Stoppers Board, and provided internships at KOFO for aspiring broadcasters from Ottawa, Pomona, and Williamsburg High Schools as well as Ottawa University, Baker, and KU.  For many years he has been emcee for Ottawa’s Veterans’ Day and Christmas parades.

Brad and his wife, Sandy, live in Ottawa.  They have two daughters, Kylene and Allison.