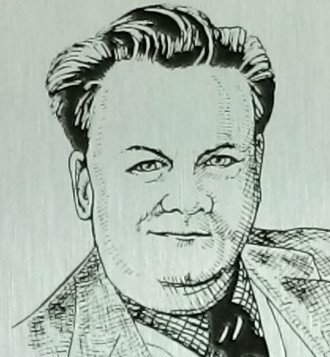 While a student at Ottawa High School, William (Bill) Howe was a member of Hi-Y and on the Recorder Staff.

A graduate of Ottawa University with a degree in Biology, Mr. Howe  developed a life-long passion for butterflies and is an internationally recognized expert.  He traveled extensively during his career, collecting thousands of butterfly and moth specimens as artistic reference for his illustrations and paintings.

Mr. Howe authored and illustrated several books on butterflies, most notably Our Butterflies and Moths and Doubleday’s The Butterflies of North America which contains over 2000 of his watercolors. His many paintings are exhibited worldwide.  In 1978, Mr. Howe painted a large mural for Ottawa Junior High School.  Several Howe murals grace the Presidential Palace in Mexico.

Mr. Howe was chosen Kansas Artist of the Year in 1987, is listed in Who’s Who in America, and was featured in a 1993 episode of the Kansas Public Television series, “Sunflower Journeys.”

Mr. Howe has been a life-long resident of Ottawa.