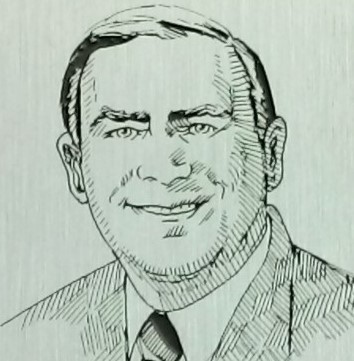 Fred was President of the Student Council at Ottawa High School.  he earned nine varsity letters in football, basketball, and track.

After graduation, Fred attended Kansas State University on a football scholarship.  After one year at KSU, he accepted an appointment to the U.S. Military Academy at West Point where he was elected a class officer and was captain of the basketball team.

Upon entering the Army as a field artillery officer, Fred served in 17 progressively difficult command and staff assignments at 5 different military installations in the U.s. and in 3 foreign countries rapidly rising to the rank of colonel.

Fred received many awards including the Joint Service Commendation Medal, Meritorious Service medal, the Bronze Star (2), and the legion of Merit.

He and his wife Selby live in Jacksonville, Florida.  they have a son T.C. and daughter Laura.