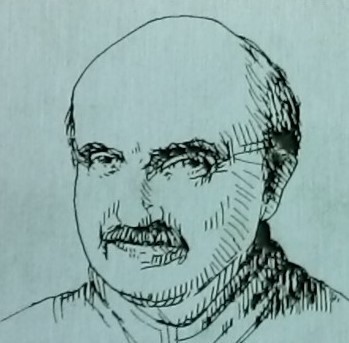 John was active in dramatics and lettered in track and basketball at Ottawa High School.

After graduating from the University of Kansas School of Fine Arts, Mr. Martin began his career as an advertising art director and illustrator, eventually winning more than 150 awards for his work.

In 1983 he turned his full attention to his first love, portraiture. He has painted many prominent sports figures as well as leaders in the corporate world, major universities, religion, and government.  His distinguished list of portrait and mural commissions now hang in over 60 cities around the world from California to New York, to Japan and from Cooperstown to the Pentagon.   In addition, Mr. Martin has received both local and national recognition for his contributions of art to charitable organizations.

Mr. Martin and his wife, Bonnie, live in Overland Park, Kansas.  He has a son, Jeff, and a daughter, Laurie.