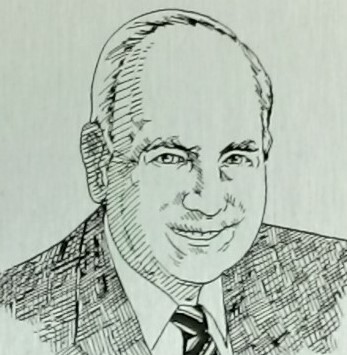 After graduating from OHS, Darrel served three years in the US Navy.  At the University of Colorado, he was elected to Pi Tau Sigma and Sigma Tau, academic honorary societies.

After release from active duty, Darrel taught at Purdue University where he introduced the first graduate course in non-linear mechanics.  His research on internal ballistics in guns led to improved design of projectiles.  He was a member of Sigma Xi.

Darrel had a long and varied career in engineering.  He made significant contributions in submarine design, computer design, and communications switching systems.  He developed a new hull design approach for submarines and was a consultant to the highest levels of the Defense Department on communications systems.

Some of Darrel's most significant work involved the development of algorithms for mechanizing deductive and inductive reasoning and his pioneering work on learning algorithms for speech recognition.

The last seventeen years of Darrel's career were spent in Europe where he had technical responsibility for a business segment exceeding two billion dollars per year.  He led the development of the first microprocessor-controlled PABX.

Darrel and his wife, Laura, live in Navarre, FL and Kokomo, IN. They have two sons, Darrel, Jr. and William and six grandchildren.