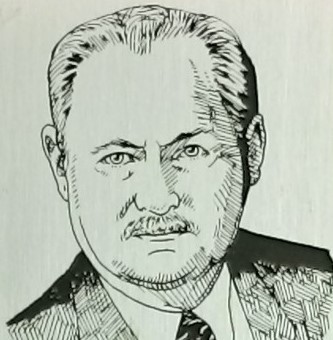 After graduating from Ottawa High, Jerry served four years at the United States Air Force Flight Test Center at Edwards Air Force Base, CA where he was involved in the stress testing of new  weapons systems and re-entry vehicles for the United States space program. In 1962, he returned to Ottawa and built a career in the construction field, becoming a partner in Loyd Builders, Inc.

Jerry has devoted much of his adult life to bettering the Ottawa Community, working to improve the quality of life for those in the Ottawa/Franklin County area.  His community involvement has been wide and varied.  Areas of his involvement include: Scouting, Youth Baseball, Ottawa Jaycees, Ottawa Library Board, Ottawa High School VoTec, COF Training Services, Ottawa City Commission (serving as Ottawa mayor in 1987), Ottawa Chamber of Commerce, Ottawa/Franklin County Economic Development, and Kansas Association of General Contractors (serving a term as president).  He is an active member of the Westminster Presbyterian Church where he has served as Elder.

Jerry and his wife, Connie (Shofner, OHS 1958), live in Ottawa. They have two sons, Michael and Scott.  Both are OHS graduates.