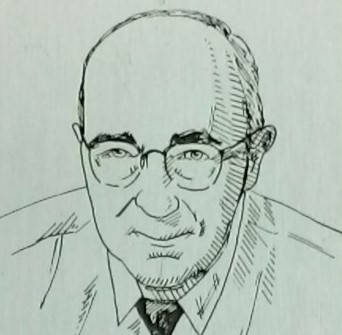 Thomas Pinney was the fourth of his family to graduate from Ottawa High School, where his mother once taught Spanish.  From Ottawa he went to Beloit College, and from Beloit to Yale University to study English literature.

After four years teaching at Hamilton College and one year at Yale he joined the Department of English at Pomona College, Claremont, California, in l962, retiring in 1997 as the Keck Distinguished Service Professor.  He served as chairman of the Department for ten years.

Pinney received Guggenheim Fellowships in 1967 and 1984 to carry out scholarly research.  In 1984 he received a distinguished service citation from Beloit College.  He has published more than twenty-five books, including editions of the essays of George Eliot, the letters of Lord Macaulay, and the letters of Rudyard Kipling, and has discovered new writings by all of these authors.  He is the author of several books on American wine, including a two-volume history of the subject from its beginnings, and has contributed to a number of standard works of reference.

Pinney lives in Claremont, California, with his wife Sherrill.  They have three daughters, Anne, Jane, and Sarah.